Here’s your Gulf Rugby guide to the 2019 Dubai Rugby Sevens, which kicks off this coming Thursday 5th December

When the summer heat has dissipated, the Christmas songs are blasting and Toffee Nut Lattes are being served, you know it’s that special time of year again – the Dubai Rugby Sevens weekend is upon us!

Celebrating its 50th Year, the Dubai Rugby 7’s 2019 will no doubt be a huge spectacle. A reduction of rugby teams this year however, will be noticeable as Pitch 2 rolls out the red carpet to make way for Pop Queen – Kylie Minogue. As ever, we’ll stay focussed on the domestic rugby and provide you with all you need to know about what’s happening in the main Gulf Competitions for 2019:

The main tournament for domestic rugby followers, featuring the familiar names from the West Asia Premiership and won last year by tournament underdogs – Dubai Hurricanes when they beat Abu Dhabi Harlequins for first Dubai 7s title in over a decade. As with the nature of the Dubai7s, it’s always a tough call to predict a rugby club winning this tournament as it’s always so open. Any team could win this on the day! With the promotion of the Dubai Tigers up to the Premiership, they will feature in this years Gulf Mens League competition for the first time, but will also field a side in both Pool A and Pool B.

The teams will complete a pool stage round robin over the opening two days, looking to gain favourable seedings for the knockout stages, which culminate with the Final on 12:44pm in front of the main crowd on Pitch 1. 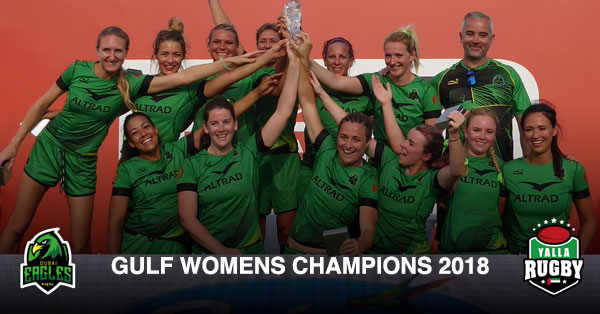 Over the past three years, the women’s rugby game in both UAE and the wider region has grown emphatically. Previous champions DSC Eagles (now known as Dubai KnightsEagles) have won the tournament in the 2017 and 2018 competitions and the Dubai Hurricanes won the inaugural trophy back in 2016.  Of late in the domestic Sevens Series league, both clubs have been the dominant force in the women’s game and should prove to be a mouth watering fixture should they meet in the knockout stages of the competition, that is, unless one of the ever competitive teams below conjure up a surprise defeat to either side.

The teams are split in to four pools, the top two in each proceeding to the Trophy knockout stages and the bottom two entering the Plate. Womens Finals take place on Saturday with the Trophy to be contested at 16:20 on Pitch 2. 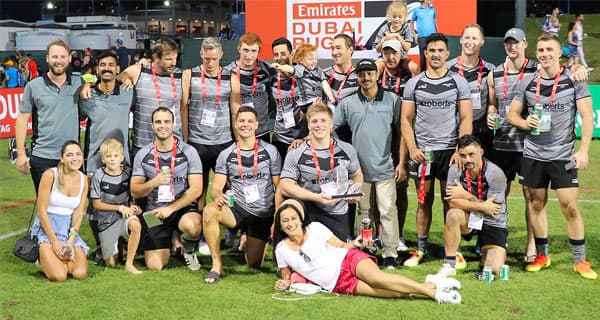 A colourful mixture of sides from across West Asia will be making the trip to Dubai with 18 teams in total playing in four Pools that make up the Gulf mens Open this year. Last year won by Roberts Constructions, in a thriller against Sharjah Wanderers, just edging them to victory with a 15-12 win.

The pool stages once again spread across both days with two rounds on Thursday and a single round on Friday with knockout stages culminating on a busy Saturday. Group winners and three best runners up will enter the Trophy, remaining runners up, all third placed teams and the best of the groups back markers will compete for the plate. The Trophy final is scheduled for 15:40 on Pitch 2, immediately following the Plate which will be held on Pitch 6. 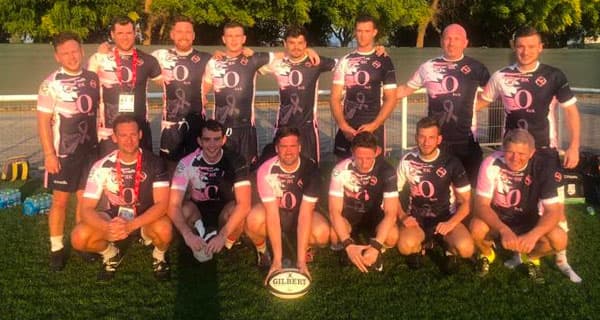 Barrelhouse, Harlequins 3rd XV and RAK Rugby, all level on points in the domestic Division 2 league will be looking to use their recent good form in the fifteens game to their advantage in the Sevens game. Last year it was RAK Rugby who made it to the final, just pipping Barrelhouse in the quarters to unfortunately succumb to a strong Dubai Celts side 24-15 on a packed out Pitch 2.

The 10’s tournament focuses on over 35’s (veterans of rugby). Last year the Jebel Ali Dragons Vets lifted the Trophy for the second consecutive year as they scorched a 22-7 victory over Joining Jacks. This year sees sixteen teams (reduced from twenty three), battle out Pool rounds before being placed into Trophy and Plate knockout tournaments. Will the Dragons be on the hunt to make it three in a row for the Gulf Vets Trophy? The following teams will be looking to stop that from happening:

In the Gulf U19 Girls competition, the previous two years have been dominated by the Dubai Exiles. They also made it to the final of the 2016 competition only to lose to a strong BSAK side. Last year the Exiles put an average of 35 points on each opposition and only conceded a total of 17 points throughout the whole weekend so will certainly be going into this year as one of the favorites.

The dominant Under 19 Youth Rugby Team to beat over the past two years at the Dubai Rugby Sevens has been Dubai College. In the 2018 Gulf Boys competition, the final was played out between a Dubai Collage A and B side as they saw off rivals BSAK and DESC to guarantee silverware for the local Dubai School based next to Al Sufouh. Always a superb showcase of up and coming talent from the Gulf region, you won’t want to miss the opportunity to watch some of the future stars of World Rugby cut their teeth in at the ceiling level of grass roots rugby.

In similar fashion to the mens rugby, there will be four Pools leading to Trophy and a Plate knockout stages. Below are the how the preliminary pool rounds will be decided:

A UAE Barbarians XV Win Convincingly Against A Gibraltar Development Side 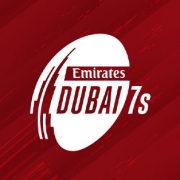 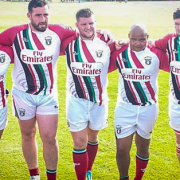 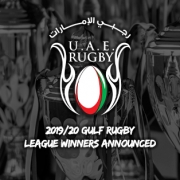