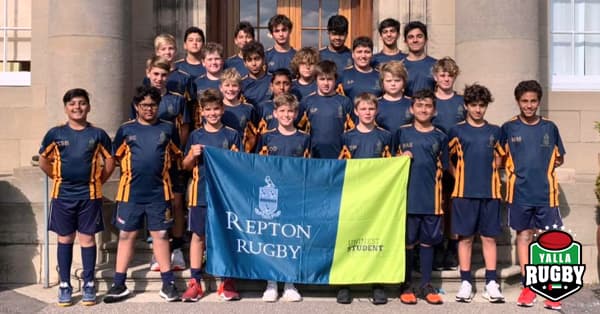 Repton, a prominent international school in the heart of Dubai, which recently celebrated its tenth birthday, have just finished their first ever rugby tour to Scotland in the United Kingdom. The youngsters based themselves out of Merchiston Castle school, being subjected to a multitude of training camps, team talks, fitness sessions and team building exercises throughout their stay in the 100 acre grounds, located on the edge of Colinton, a picturesque riverside village just four miles south west of the countries capital – Edinburgh, a city centre that sits in the shadow of the Pentland Hills.

Many of the Repton School touring party embarked on a rugby journey that they had never been on before. Head of Rugby, Joshua Ives summed up their journey, saying;

“The pupils dug deeper than they have ever had to before and created a rugby community of encouragement, enthusiasm and passion. There were, at times, some testing pupils on the rugby tour, but this tour certainly developed and taught them some understanding of respect and self-control, which we all know are key values to rugby. The lads who could have surrendered became leaders, those who hid away became vocal and the experienced rugby players guided and adopted others to create strong bonds within the group.”

During their time in the capital, the players were lucky enough to visit Murrayfield Stadium, the home of rugby side Edinburgh RFC, and Glasgow Warriors which both compete in the Pro 14 competition featuring teams from Scotland, Ireland, Italy, South Africa and Wales.

Other notable highlights of the tour saw the Dubai based youth rugby team beating Glasgow High School at Under 12 and Under 14 age groups and also spend time away from sport for an ascent up Arthurs Seat, an extinct volcano which is considered the main peak of the group of hills in Edinburgh. 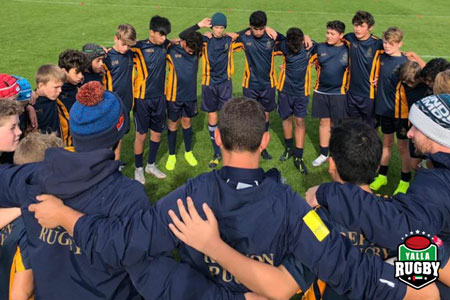 “The tour may be over for the Repton boys, but the season is only just beginning. It’s imperative that they now push on to continue the journey they have started and play and train with passion this season.”

Ives, who was recently unveiled as the new head coach of the Dubai Knights Eagles, ahead of the rugby clubs first official game of the season in the West Asia Premiership which kicks off on Friday, October 4th 2019.

You can read more information about finding a rugby club in Dubai, or catch up with the latest rugby fixtures and results from around the Gulf.