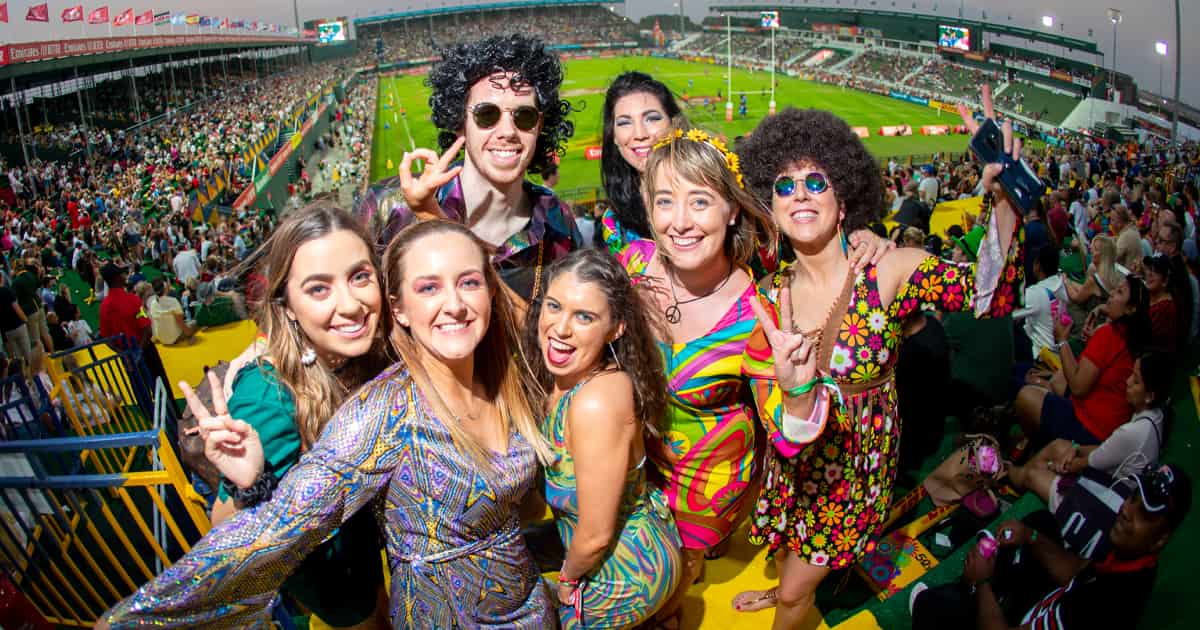 So, what is the Dubai Sevens all about?

If you’ve just moved (or are thinking about moving) to the UAE, the chances are it won’t have taken long before someone mentioned ‘The Dubai Sevens’ to you.  Without a doubt, this event is one of the biggest in the expat sporting and social calendar with the rugby community turning out in their thousands from all corners of the globe for a three day festival of rugby.  If you’re going to be experiencing the event for the first time this year, here is our guide on what you can expect.

Last year, the 50th edition of the Emirates Airline Dubai Rugby Sevens raised the bar and made a significant mark on the UAE rugby events calendar with over 100,000 fans walking through the gates at The Sevens Stadium and not only enjoying world-class action on the pitch but also pop sensation Kylie Minogue in concert on the Friday night.

The three-day sporting weekend offered rugby, entertainment, music and the spirit of sport, all in one place with action from 28 international teams in the HSBC World Rugby Sevens Series. The Black Ferns Sevens become the first team to successfully defend their Dubai rugby title after coming from behind to beat Canada 17-14 and South Africa were crowned the men’s champions with a 15-0 win against New Zealand. In addition, over 230 teams from all over the world battled it out in the Rugby Invitation Tournament

The 50th anniversary celebration was taken to a whole new level with the Emirates A380 Airbus flying over The Sevens Stadium, not once but twice, giving the crowd a beautiful and close view of the plane! One of the biggest event highlights was the performance of international pop-singer Kylie Minogue in concert with her fans singing and dancing on pitch 2 and in the Rugby Village. The Freddy Mercury tribute artist, police band and cheerleaders created an amazing atmosphere as they performed during the breaks and entertained the crowds.

The Rugby village offered a wide range of exciting and fun filled activations for all age groups and Splash ‘n’ Party, Bounce, Emirates Kids Zone and Raffles Creche kept the kids entertained. The village featured three music stages as part of the Heineken Music Festival, making sure everyone danced the weekend away with live music, Silent Disco, top DJs, artists and local bands – making this the most exciting weekend of 2019 once again!

Fans did not disappoint with their 70’s costumes as they entered with their bold prints, bell bottoms, afros and everything 70’s imaginable, taking the scene way back to the 70’s era in which it all began.

Questions often asked about the Sevens in Dubai

World Class International Rugby Competition – The event acts as the opening leg of the HSBC World Sevens Series, in both the men’s and women’s formats.  16 men’s and 12 women’s international 7s teams battle it out to claim the first silverware of the Sevens season, with South Africa Blitzbokke winning the Mens and New Zealand Black Ferns winning the ladies competition in first round of the 2019/20 series.  The matches come thick and fast over the course of the three days and as the sun goes down, the atmosphere cranks up with up to 40,000 fans congregating in the stands around Pitch 1 to cheer on their home countries.

The Gulf’s best battle it out – The beauty of the Dubai 7s is that the action is not all about the professionals.  The venue, helpfully named ‘The Sevens Stadium’ accommodates eight pitches with space for a whole range of amateur tournaments to take place alongside the main event.  Regular season players in the Gulf turn out for local Gulf Rugby clubs in tournaments. This really is the place where all of the Middle East rugby teams of all gender and ages come together for a weekend of rugby carnage. Competitions range from schoolboys, womens rugby, over 35’s (vets), social rugby teams through to the senior Gulf Men’s rugby where the final is played out on Pitch 1 in front of thousands of spectators – a career highlight for those involved.  For more, check out our guide to the 2018 tournament. Teams participating in this section of the Gulf tournaments are only open to individuals who are Gulf/Middle East residents and hold a valid resident’s visa for the Gulf/Middle East country in which they reside.

A truly international carnival of Rugby – Alongside the local Gulf rugby, there is action wherever you look ranging from international invitational teams (non Gulf teams) international schools rugby right up to vets and social sides from all around the world.  Players of all ability get involved and are often well lubricated throughout the day, but it’s not unusual to see a few famous faces popping up, for one last hurrah in the Dubai sunshine. Fijian legend Sereli Bobo grabbed the headlines with this extraordinary piece of skill caught on camera in last year’s 2018 International Vets tournament. 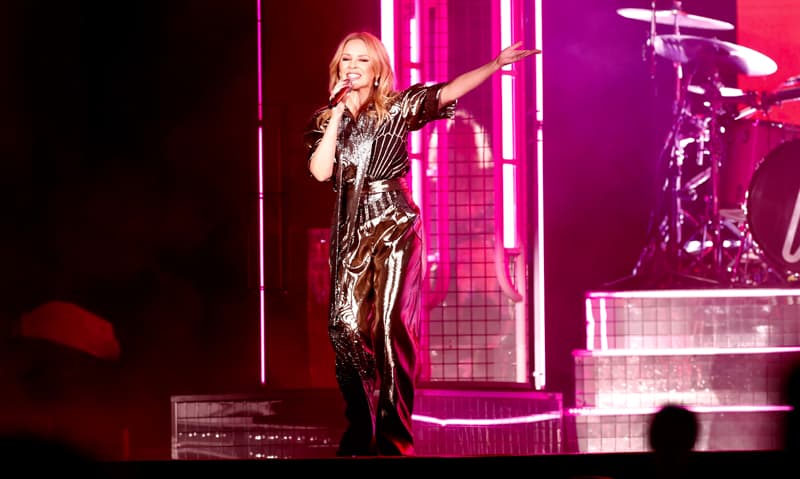 The Party – Of course, rugby is only half the fun of the Sevens.  There is fun for all the family with a range of kids activities and food and alcoholic beverage stands in place all around the stadium.  Fancy dress is a major component for many rugby Sevens goers and the party goes on well after the final fixtures have finished with a stellar line up of live bands and tribute acts arranged for each event.  Major sponsors also commonly run pop up activations and VIP zones where members of rugby royalty can often be found mingling with the crowds. We were lucky enough to have a chat with Brian O’Driscoll, the British and Irish Lions legend.

Can you drink alcohol at the Dubai Rugby Sevens?

The simple answer is YES. The Sevens environment caters to all party goers who like to have a good drink whilst watching the rugby and enjoying the atmosphere. BUT, you still need to drink responsibly and realise that this is an Arab country with very strict rules and regulations with any incidents involving alcohol. Drink beer, have a good time but don’t cause offence to people and certainly respect the local Emirati culture. There will are still security and police patrolling the area, so don’t think that because it’s out on the desert you can do whatever you want in the name of “Partying”.

How do I get involved in the Dubai Rugby Sevens 2020?

Play in the 2020 Emirates Airline Dubai Rugby Sevens Invitation Tournament – This year, the Dubai 7s will take place on the 26th, 27th and 28th of December. Team places will fill up fast for the various tournaments, so be sure to be well organised when looking to register your rugby sevens team. Simply click on this link and complete the online registration form to express your interest for this years tournament.